Nationally Renowned For Our Success in Railroad Injury Cases 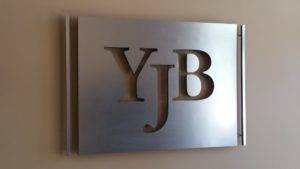 Our firm has a national reputation for success in our representation of railroad workers injured on the job, seeking compensation under the Federal Employers’ Liability Act or FELA. Recognized as one of the premier FELA firms, at Yaeger & Jungbauer Barristers, PLC we have handled thousands of FELA cases and related actions under the Federal Safety Appliance Act (FSSA) and the Federal Locomotive Inspection Act (LIA). We represent injured railroaders in state and federal courts in more than 40 states.

We are proud to have recovered millions in much needed compensation for injured railroaders in a wide variety of cases including:

Our depth and breadth of experience in the handling of FELA claims extends to our representation of injured people in matters arising from automobile accidents, general negligence, dangerous and defective products and aviation accidents.

Disclaimer: The cases above are cited for advertisement purposes.  Every case presents its own unique factual and legal circumstances, and past results are not guarantees of the value of any future case.

Please fill out the form below and one of our attorneys will contact you.

Cases
Am insurance bad faith verdict. A man and his wife were sitting in their parked pickup truck when they were struck and injured by a taxicab.
NPR Podcast

originally broadcast on KALW
Our Office